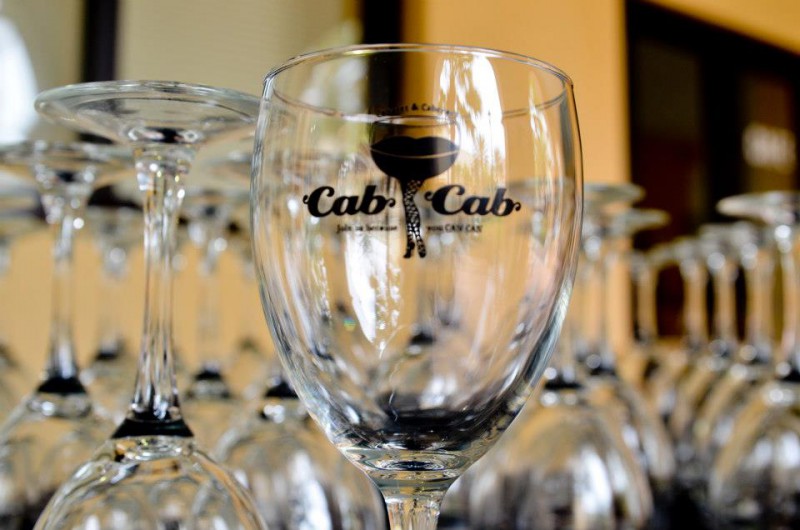 The UCF Rosen College of Hospitality Management hosted its 4th Annual Cabaret & Cabernet fundraiser, themed to “Hooray for Hollywood”! The Rosen campus was transformed in a red carpet event where guests could enjoy a “movie premiere-themed” dine around that includes tapas courses, entertainment acts, and LOTS of wine! The fundraiser proceeds benefit the college and is completely coordinated and produced by Event Management students as their senior project. Max King Events has been a long supporter of Rosen, and was pleased to be chosen as the decor sponsor for the many themed areas throughout the event! 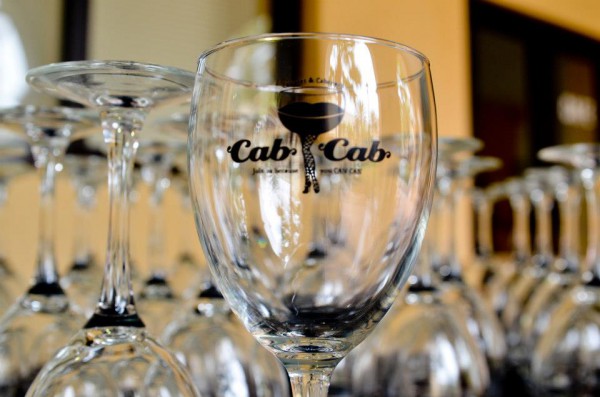 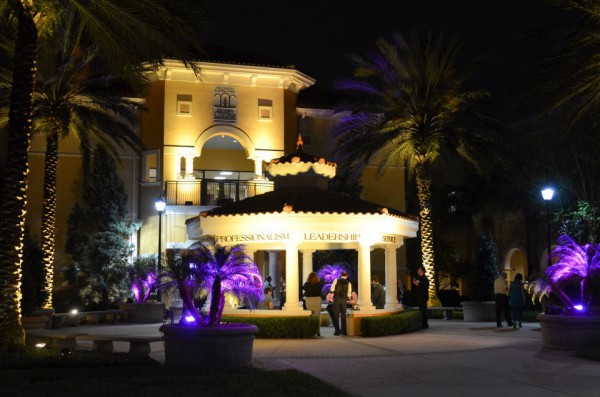 As the guests entered the campus, they made their way to the registration table that was flanked with MKE’s newly renovated gold star sprays. The dimensional stars added the perfect sparkle to set off the festive theme to the evening’s events! 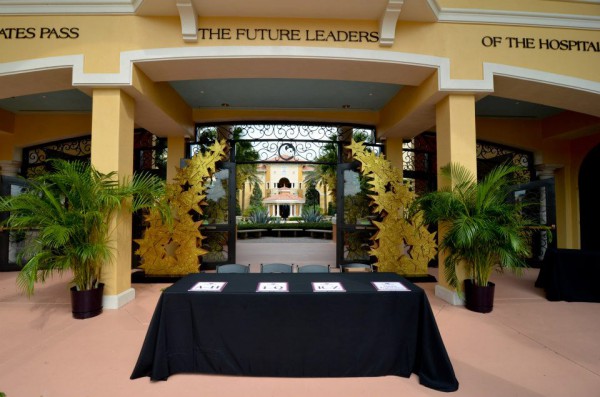 Various tapas dishes and wine samples were arranged on our film reel buffet, which was assembled with a huge central movie clapboard and film reel-topped serpentine tables to add a glamorous twist to the food display.

The “Shaken, Not Stirred” VIP lounge was used exclusively by the event sponsor attendees. Inspired by the epic James Bond movie series, the room allowed for the VIP’s to network, view a montage of Bond movies, and enjoy exclusive performances. MKE provided a dimensional  “007”  sign to set the theme off right, along with oversized martini glasses topped with floating votives to serve ambient lighting elements. 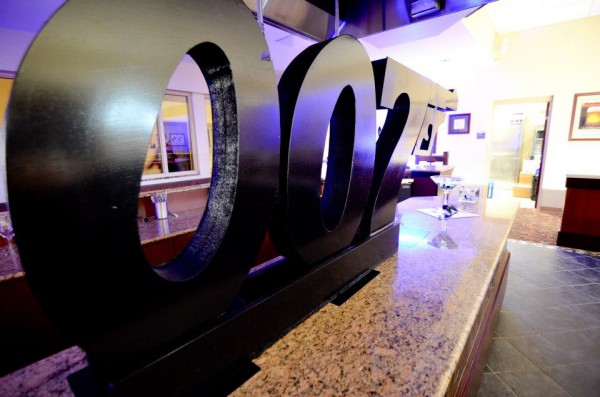 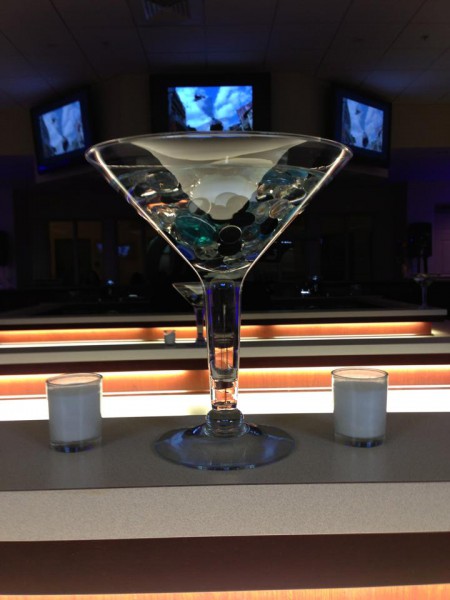 A “Speakeasy Theatre” was designed to represent the 1930s era and to celebrate the Rosen College’s 30th Anniversary. Improv actors performed fictional scenes containing legendary 1930’s characters. Adding to the “vintage Hollywood” look of the room was some of our large film vignettes set either side of the stage. The vignettes included an oversized clapboard, antique movie lights, a huge dimensional film reel, and director chairs-it almost looked like an actual movie set! 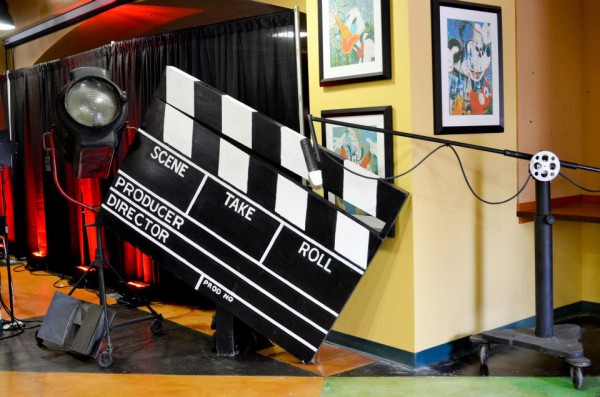 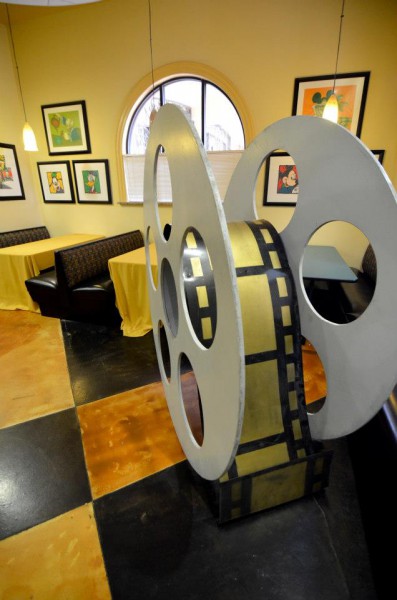 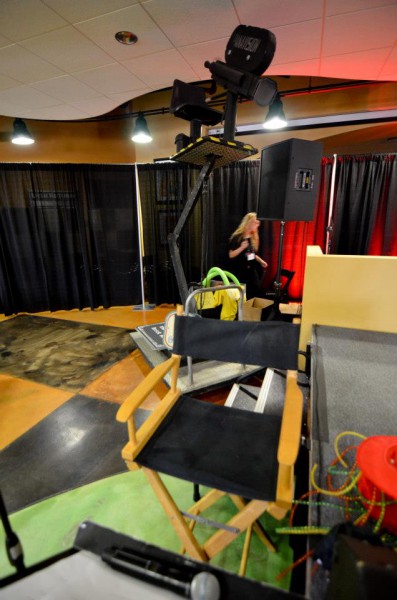 “UCF’s Jukebox Drive-In” was the retro 50s-inspired room-the evening’s crowd favorite! The entertainment was provided by Rosen College professor Ron Logan and his 5-piece band. MKE decor included a “caddie couch” for a seat to watch the performance, as well as “guitar mania” hi-boy tables to add another colorful and functional element to the room! 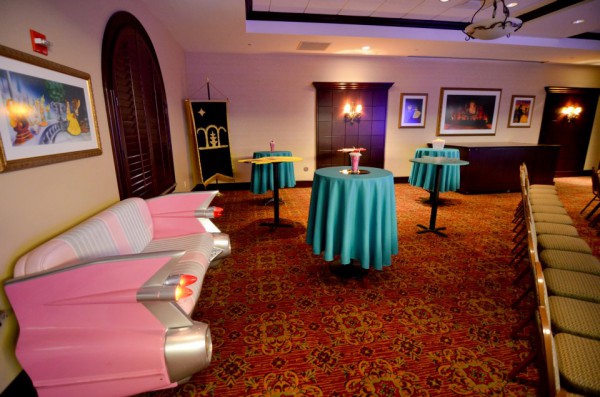 We were incredibly proud of our very own intern Jessica, as she tirelessly served as the MKE point of contact during the planning for Cab & Cab! Many of our current MKE team members are alumni from the Rosen College of Hospitality Management, and we take so much pride in supporting their programs. The class of 2013 was nice enough to send us a thank you for our generous donation! 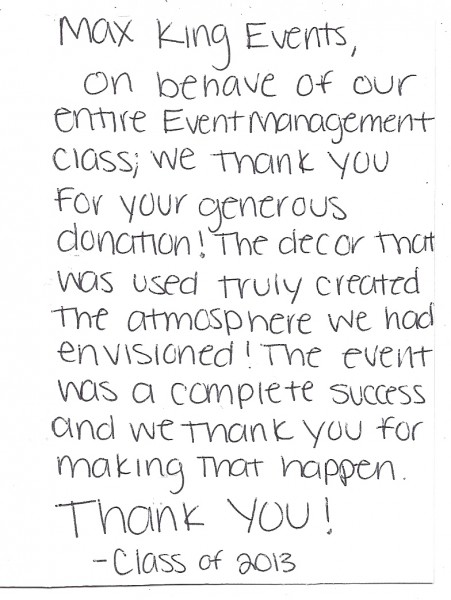