This past December, the MKE team had the opportunity to work with the Brian Gay Invitational Charity Tournament at Mystic Dunes Resort & Golf Club. This multi-day event was created to raise funds for the Florida Hospital for Children. This hospital’s main focus is on the children, from each child’s comfort in the hospital to making sure the latest technology is safe for children.  We were more than happy to have provided our decor for this great charity.

For the first night of the Brian Gay Invitational Charity Tournament guests got to attend a Welcome Dinner that was a Gatsby theme.  As guests were entering the tent for this glamorous night, they were greeted by the cargo crates and galvanized tub filled with various emptied liquor bottles and a display of a phonograph to tie in with the theme. In addition to the display by the entry, cargo crates and galvanized tubs were placed beside multiple bars around the room. 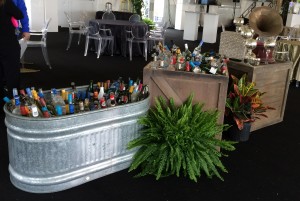 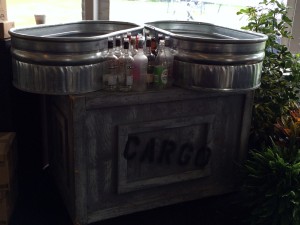 As the guests moved further into the tent, they would notice four Deco Figurines displayed as the stage piece. Each Deco Figurine is completed on both sides and each “holds” an inner-lit globe in air.  For this event, two were placed center stage, while two were placed on either side of the stage and alongside the silent auction items. 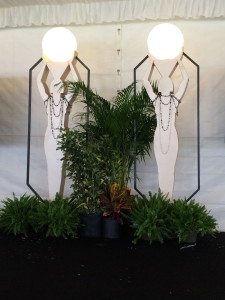 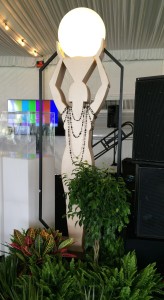 With it being a Gatsby theme we had to include our Rolls Royce Car Bar, which was placed on the perimeter of the tent. To complete the Gatsby look, we added a gold panel which was placed right behind the bar. 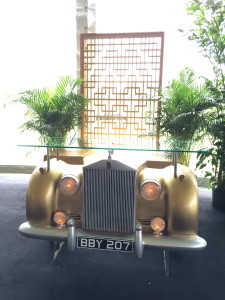 Lastly, our 4-globe lamps were placed in the four corners of the tent to complete the atmosphere for this Gatsby themed dinner. 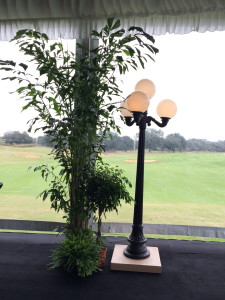 For the closing night there was a Southern themed final dinner with a country music concert on the driving range, located right outside the tent. To make the guests anticipate for the concert, we placed our 12’h guitar perimeters in the four corners of the tent. 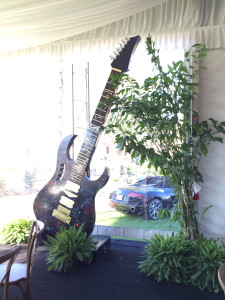 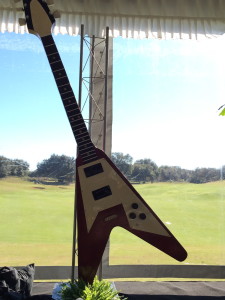 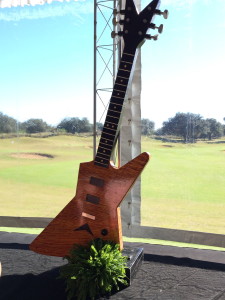 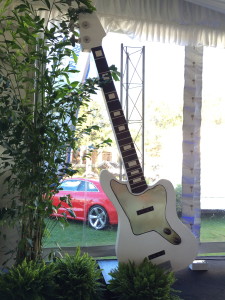 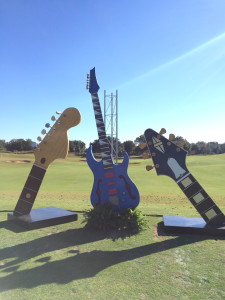 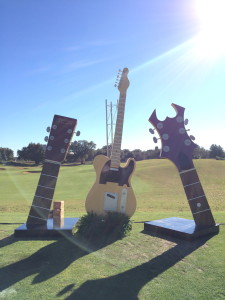 A majority of our décor was placed on the driving range for the concert. This included the acoustic guitar buffet, which was placed in the center of the range to be used as a  dessert station.  They also utilized our Guitar Shelf which was placed next to one of the perimeter bars. 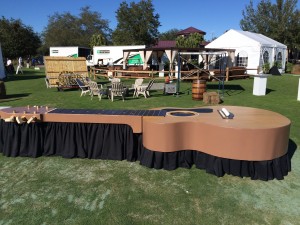 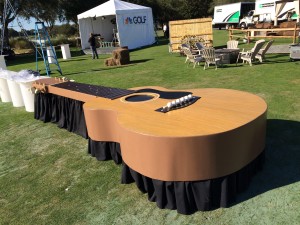 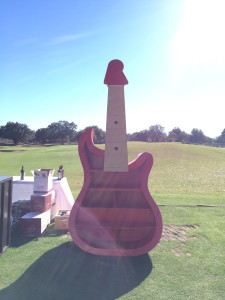 Rusty had also made an appearance at this country music concert. Being a full size replica of a Ford pick-up truck it was a décor piece that made a big impact.  To complete the Southern theme we had various barrels placed throughout the driving range. 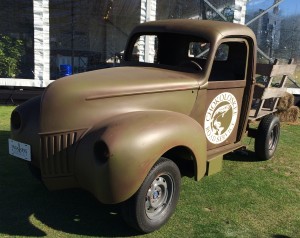 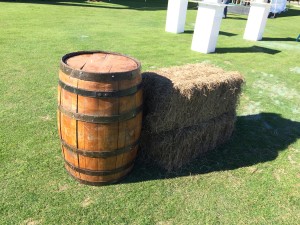 To keep the VIP guests warm and comfortable for the concert, our fire pits were a necessity! We  placed two of them in the VIP area for guests to huddle around and defrost. 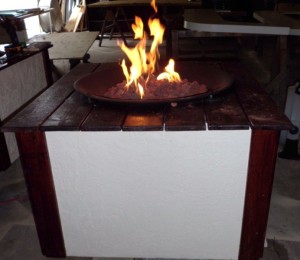 The MKE team is happy to have been a part of a great cause!