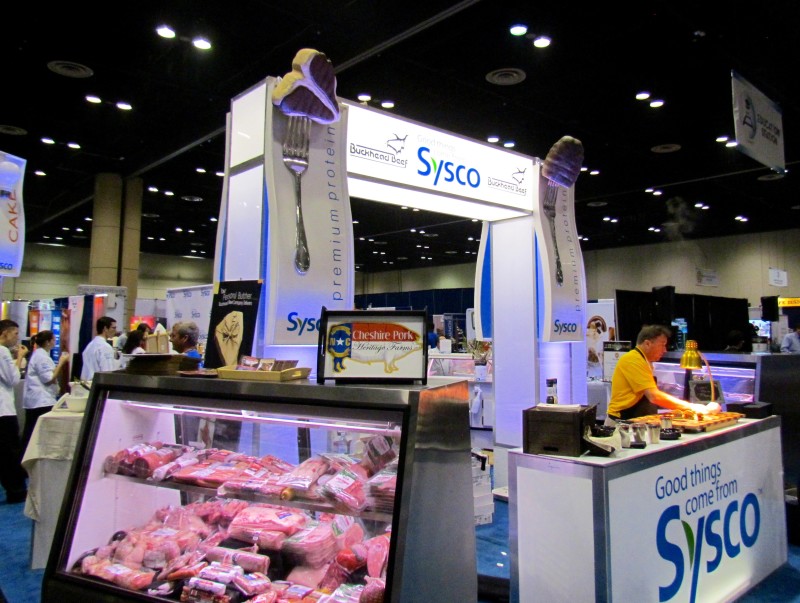 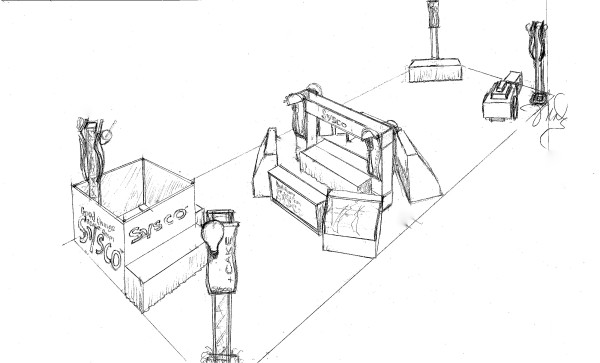 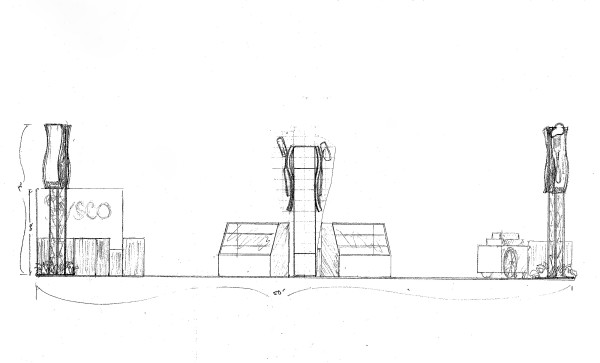 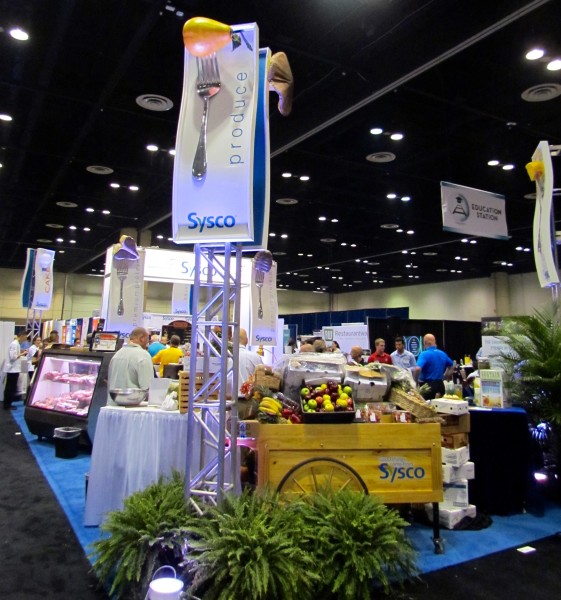 Our impressive 12’ x 12’ Glow Arch sat in the center of the booth, grabbing everyone’s attention. The inner-lit acrylic arch bore the large “Sysco” logo on both sides and hovered above two large worktables. Those two work tables were our Glow Bars that were placed alongside the arch each featuring custom vinyl graphics. Additional Glow Pedestals accompanied the interior lit tables to supply extra counter space.  On either side of the Glow Arch there was two sets of ‘Wavy’ Panels representing both the Seafood and Protein departments.  We elevated the Glow Arch so that it was at an impressive 12.5ft tall…That way you could see the Sysco booth from across the exhibit hall. 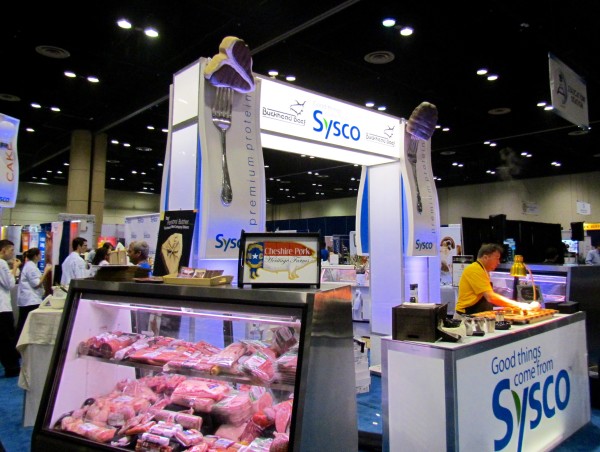 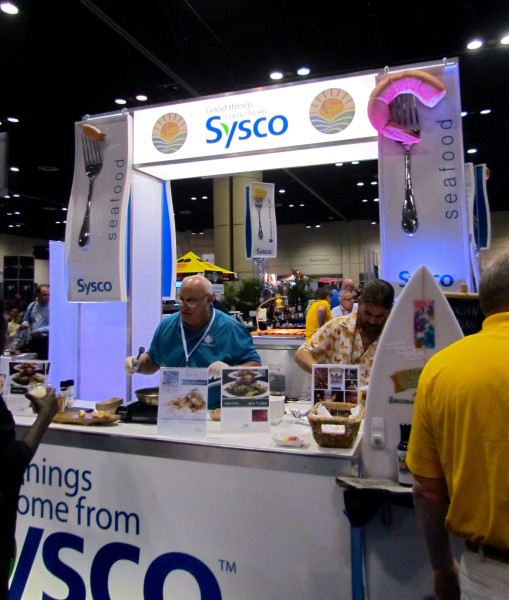 14’ high Corner Booth ‘Wavy’ Icons sat in the 4 corners of the booth space. The towers supported wave panels that featured large replicas of forks with oversized food items attached to them. These panels represented the Beverage, Cake, Produce, & European Imports.  The Sysco logo could be seen from all sides of the booth.  In addition we added two 8’ high and 16’ wide Step-N-Repeats to become a perfect storage area that was used to hold excess supplies at the trade show. 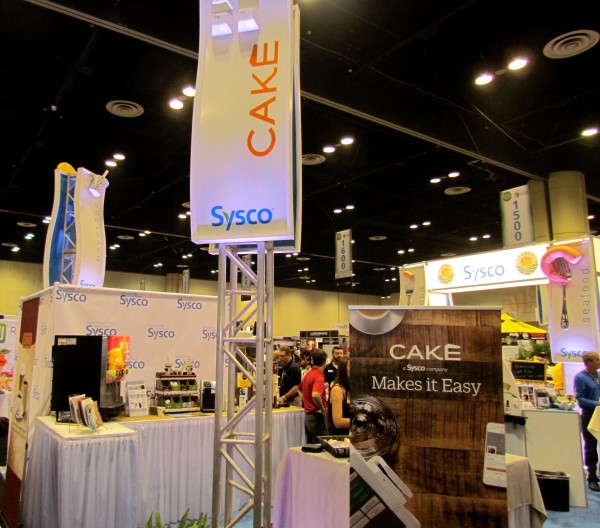 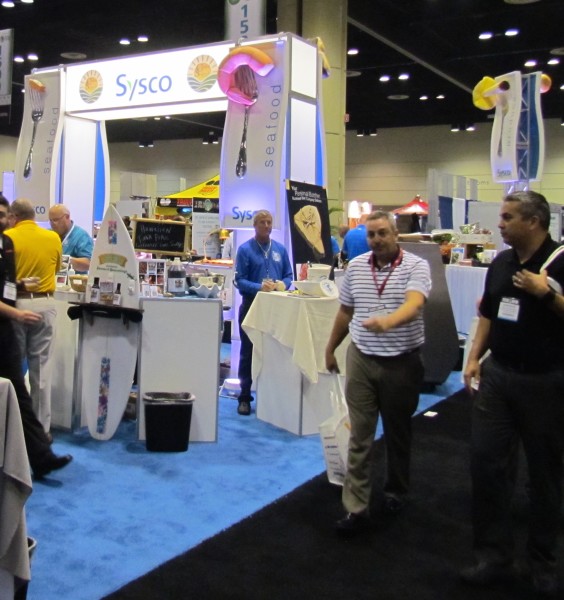 We were so happy to be apart of another Sysco event and was ecstatic with the way the booth turned out!